Australian Air Quality: Comparison with the US EPA AQI scale. 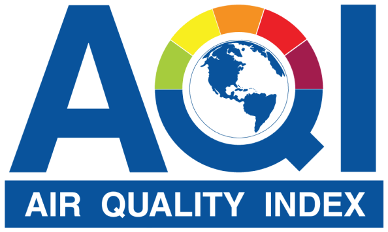 The Air Quality data for Perth and Western Australia is finally available after a long waiting time: The department of Environmental Regulation (DER) from the governement of Western Australia, is now publishing the data on their site: der.wa.gov.au/your-environment/air. While the link to the DEC site is still not working, the feed can be accessed from this new page .

However, unlike the other territories in Australia, WA DER is not providing the readings in raw ppm and µg/m3, but directly in AQI. The AQI scale used by the WA DER is not the same as the one from the US EPA, which we are using for all the stations reported on the World Air Quality Index project. So this aim of the FAQ entry is to explain how the convertion between the two AQI scales is done.
oOo

The WA DER AQI scale is based on the "National Environment Protection (Ambient Air Quality) Measure standards and goals" (available form this link and this other link), which is defined in the table below. Based on this standard, it is possible to deduct the raw readings from the AQI, which is indicated by the last column in the table;


Actually, surprisingly enough, the WA DER AQI scale is much more strict than the US EPA when the AQI is above 50! Check for this comparitive tables for PM2.5:


And this comparison is for the PM10:

For now, we will keep the using the US EPA standard, simply because it is the one we use for the overall Australia.

We will also post an update later, once enough data has been gathered to do more comparison of those 2 scales. We currently assume that the Air Quality in Western Australia is not just the same as in China, where AQI above 200 is common, and that AQI below 50 should be the norm, in which case the PM2.5 reported AQI should be similar for both scales (assuming that PM2.5 is the major pollutant).